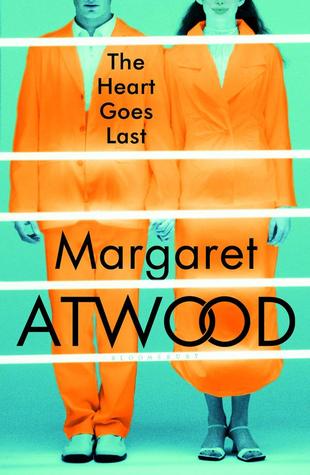 For this month’s Book Club selection, we went with The Heart Goes Last, the bestselling 2015 novel by Margaret Atwood. You will be shocked, disgusted and then will do a double take due to the hilarity of the situation these pathetic characters find themselves in.

The synopsis of The Heart Goes Last, by Margaret Atwood:

Living in their car, surviving on tips, Charmaine and Stan are in a desperate state. So, when they see an advertisement for Consilience, a ‘social experiment’ offering stable jobs and a home of their own, they sign up immediately. All they have to do in return for suburban paradise is give up their freedom every second month – swapping their home for a prison cell. At first, all is well. But then, unknown to each other, Stan and Charmaine develop passionate obsessions with their ‘Alternates,’ the couple that occupy their house when they are in prison. Soon the pressures of conformity, mistrust, guilt and sexual desire begin to take over.

And boy does this only scratch the surface of it. First off, you will not like either of the two main characters. Either of them! Stan is spineless and whines as much as you did when you were seven. Charmaine is a pathetic hypocrite who feels that despite her actions, she deserves to live happily after. However, their train wreck is exactly that: A train wreck. You just can’t look away!

However, I will definitely state that The Heart Goes Last is a fantastic book club book. Margaret Atwood is one of the most brilliant writers I’ve read, and her skill and style don’t disappoint. And she takes the story in one crazy direction after another leaving predictability out the door. The first half is quite excruciating as she builds up the story and you have to be hit over the head by Charmaine and Stan. However as soon as things kick into action, that’s where the fun begins. Elvis makes an appearance, and you will never look at a blue teddy bear quite the same way again.

Surprisingly enough, the character with the most redeeming qualities is set up to be the greatest villain. Once you realize her agenda, you are immediately rooting for her. The big question is: Did she plot to use Stan and Charmaine before they even entered Consilience, or did she see them as easy marks to put her plot in motion? This was one of the biggest discussion points during our book club. That along with the question whether Charmaine was a sociopath or not. I don’t want to give too much away, but seriously – this woman is crazy.

The Heart Goes Last began was originally part of a serial dubbed the Positron series. So it started as short chapters published, but now she’s re-written it. A lot of reviews stated that they were frustrated that after reading the series, they didn’t get much more from the whole novel. The novel did drag on a bit, especially with the set-up in the beginning, which begs the question whether this was best left as a short story or not.

At the end of our discussion, we unanimously agreed that it was a fantastically written book, but not our favorites from this author. The final rating came to 3 out of 5 stars (my friend and I both shared this rating on Goodreads).

If you read The Heart Goes Last, make sure it is not your first Margaret Atwood novel. Start with Alias Grace (my personal favorite) or The Handmaid’s Tale. But when you start reading The Heart Goes Last, pair it with the Anti-Hero IPA from Revolution Beer. Throughout the novel, Stan drowns his sorrows in watered down beer, and there are several scenes where he’s outside doing yard work, or Charmaine is basking in the sun outside. You not only want to have a decent beer, but this novel casts the greatest number of anti-heroes one can expect in an American tragedy (of sorts). 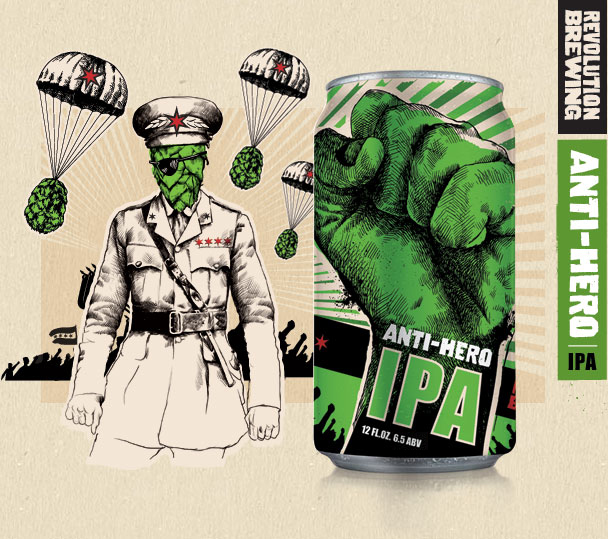 An American hop assault for all the ambivalent warriors who get the girl in the end. “Look, I ain’t in this for your revolution, and I’m not in it for you, Princess.” This iconic ale features a blend of four hop varieties which creates a crisp bitterness and imparts massive floral and citrus aromas.

Editor at Lit with a Twist
I'm a writer, reader and dreamer. I'm proud to be the editor and creator of Lit with a Twist. My co-editors, Ella and Fitzgerald, can't be trusted. Probably because they're cats.
Filed under: Pairings, The Reading Life · Tagged: anti-hero ipa, beer, book review, ipa, Margaret Atwood, review, The Heart Goes Last