The Thorne Rooms at the Chicago Art Institute 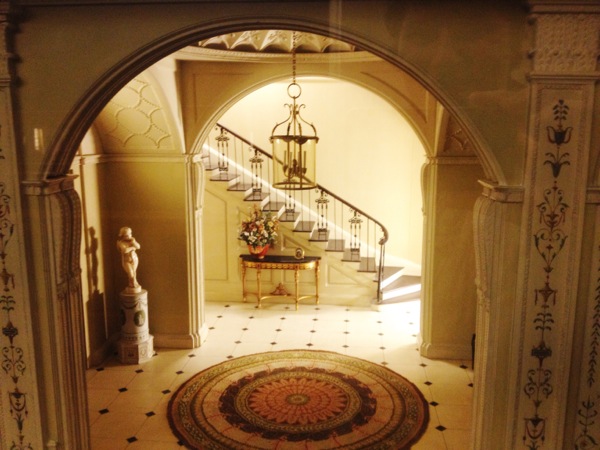 The Chicago Art Institute is one of my favorite museums in the world. And I am sure you have already assumed that it’s because it was the museum I visited with my parents throughout my childhood. You are correct! But bias aside – there is one area of the Chicago Art Institute that I rave about to this day (and frequently revisit). If you haven’t walked down to the catacombs (a.k.a., the lower level) to visit the Thorne Rooms, then you must plan your next trip. Or you should at least mark it as a go-to during your next jaunt to Chicago. Because they’re just that fantastic.


There are a total of 68 miniature Thorne Rooms in the Chicago Art Institute. Each room is constructed on a scale of one inch to one foot and showcase elements of European interiors from the late 13th century to the 1930s and American furnishings from the 17th century to the 1930s. These Thorne Room models were conceived by Mrs. James Ward Thorne of Chicago and constructed between 1932 and 1940 by master craftsmen according to her specifications.

And talk about specifications! For instance, can you see the cat in this room? 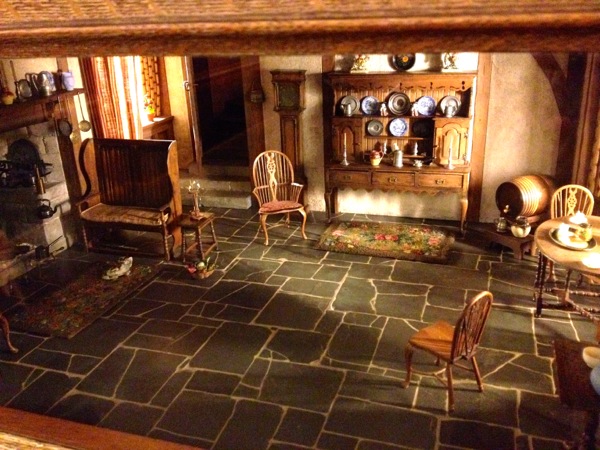 Or in this one? 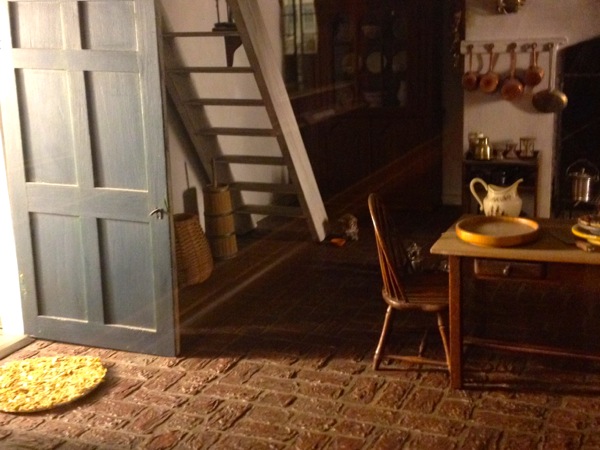 Adorable kittens aside, can you believe the crazy detail that goes into these teeny tiny rooms?! And each one of them – at least in my opinion – tells a story. The Thorne Rooms is a haven for readers and dreamers alike. You are given the room, and then it’s up to you to imagine the lives of the people who would live there or the stories that would occur there. From France to Germany to the Americas and from century to century. I almost felt like I was in a prep viewing of a longer version of Cloud Atlas. 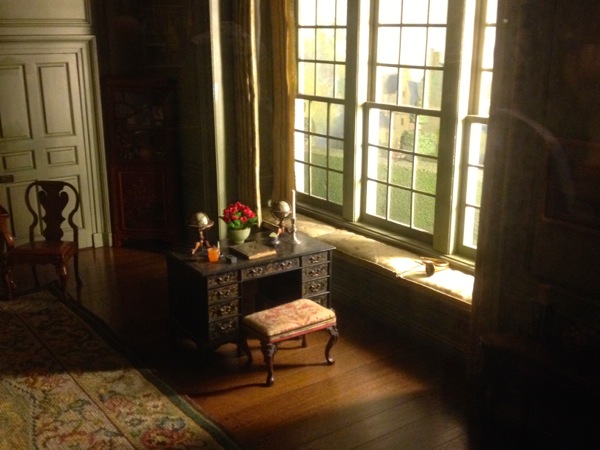 For instance, I totally envision this room to be where a wealthy Jane Austen character would sit and spend her afternoons. Or perhaps this is where a 16-year-old daughter of a wealthy widowed gentleman would jot down her thoughts in a journal and stare out the window, lost in thought. 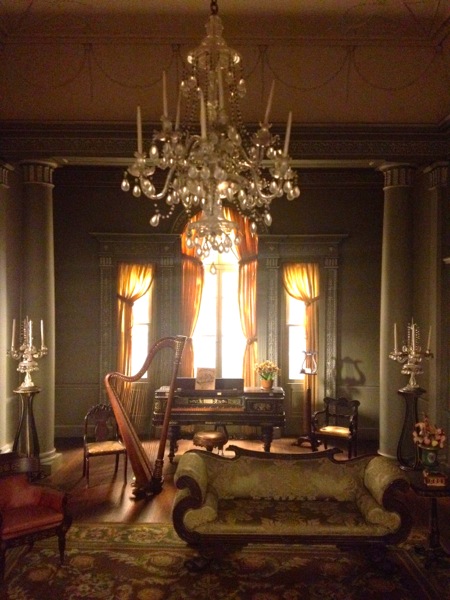 This room requires a party. The attendees would include: A couple and their cousin, a young male lawyer visiting the country and of course the elderly aunt with a quick tongue and judgmental tone (who also requires a full glass in her hand at all times).

And then we move toward the future. 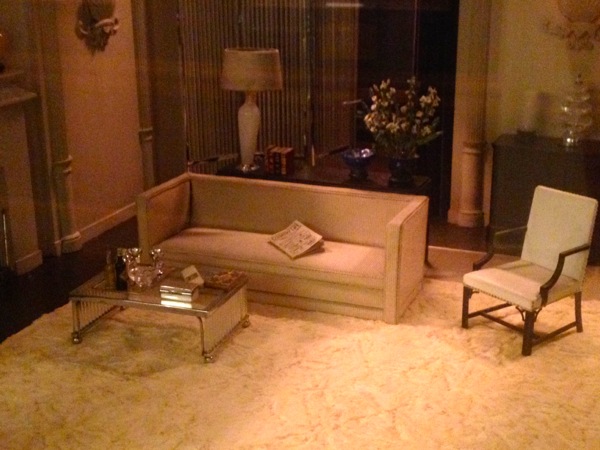 This is where the likes of F. Scott Fitzgerald, Ernest Hemingway and Gertrude Stein (before her falling out with Hemingway) commiserated in Paris to talk about literature, politics and other drunken ramblings. See those cocktail shakers and bottles on the table? They are necessary props for this fun imaginary scene.

One of my all-time favorite rooms showcases the Pullman Car. In the United States, Pullman was used to refer to railroad sleeping cars which were built and operated on most U.S. railroads by the Pullman Company (founded by George Pullman) from 1867 to December 31, 1968. And the Pullman Car Thorne Room set-up is just awesome! 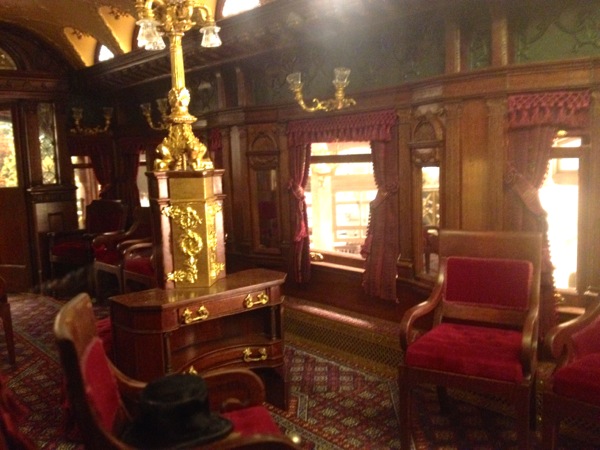 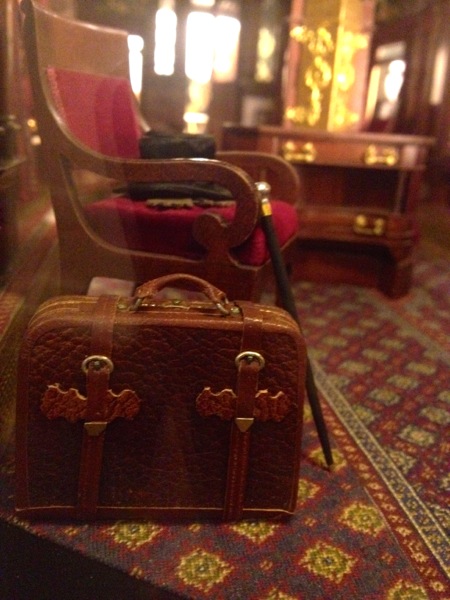 One of my favorite books of all time is If on a winter’s night a traveler by Italo Calvino. The first chapter depicts an almost noir-like scene at a train platform. This room makes me think of that scene every time I look at it. And the addition of the abandoned suitcase, cane, hat and gloves just adds to the mystery.

As I said, if you happen to be in – or be passing through – Chicago, do yourself a favor and wander through the Thorne Rooms at the Chicago Art Institute. You won’t be disappointed. And if you happen to do so, feel free to share your own Thorne Room stories in the comments!