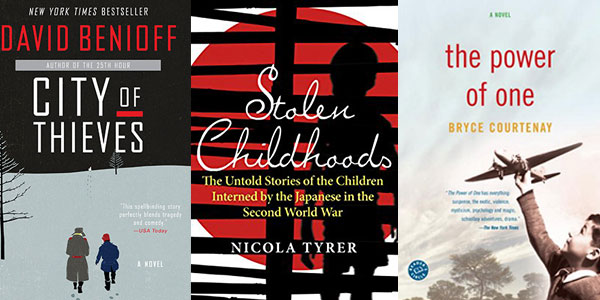 Reply All, simply put, is a show about the Internet. In one of their recent episodes (Episode 28 to be exact), they start off with an email that was sent to the wrong address. This simple mis-type leads us to a remarkable glimpse of history into the Girl Guides (who we Americans know as the Girl Scouts) and a single troop’s survival story within Weihsien Concentration Camp during World War II.

In 1941, in the middle of World War II, Americans and Europeans living in China were interned in the Weihsien concentration camp by Japanese soldiers. The hosts of the podcast, PJ Vogt and Alex Goldman, did an amazing job of capturing the story of this troupe told by two survivors and from a discovered log book that was used by the Guide leaders during their imprisonment.

Listen to the full episode, “Shipped to Timbuktu” here and check out their Digg recap for more images and anecdotes (a sample above). And if you’re anything like me, you’ll want to read up on even more stories about the children who were imprisoned in the Weihsien Concentration Camp. Well get your whiskey and Kleenex ready, because there is just that. 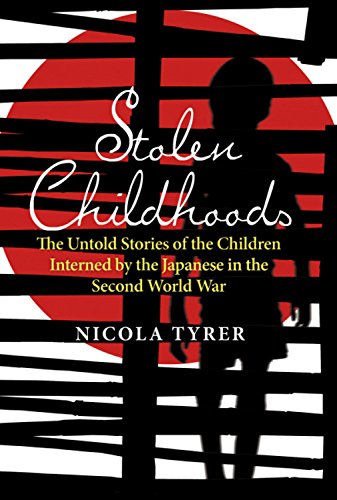 Here is the description of Stolen Childhoods: The Untold Stories of the Children Interned by the Japanese in the Second World War, by Nicola Tyrer:

When the Japanese entered World War II, some 20,000 British civilians in Asia were marched off to concentration camps. Over 3,000 of them were children. Now, for the first time, the extraordinary experiences of these innocent victims of war have been collected in one volume. The result is an unforgettable window into a brutally shattered world. The harrowing stories of these children are marked with horror, suffering, and self-sacrifice, yet they also testify to the resilience, adaptability, and irrepressibility of the human spirit.

There is a section that mentions the Girl Guide troupe that was also imprisoned at the camp. The book covers a lot more than just Weihsien, but the account through children’s eyes is really powerful and thought-provoking. A similar viewpoint is shown here by a survivor of the Weihsien camp who was a child of Free Methodist missionaries. The account is written by her and relayed on the site weihsien-paintings.org, a site created by ex-prisoner Leopold Pander who was 4 years old when the camp was evacuated in 1945 (who was interviewed on the Reply All podcast).

Listening to the podcast, reading all of the other materials and reading Stolen Childhoods made me think of all of the other novels that I read that told the story of war or upheaval from a child’s perspective, and how each left a mark in my memory. All were so touching and so brutally honesty, as only children can be.

The Power of One by Bruce Courtenay 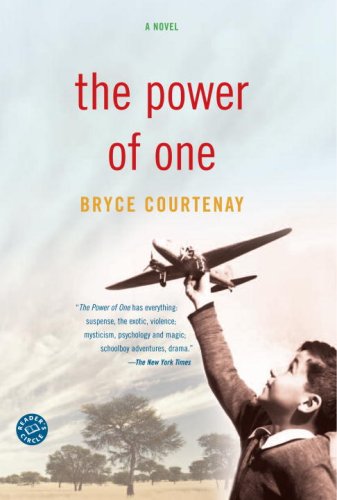 I originally saw the movie version of this story (check out the trailer and please don’t judge how corny it is) and read the book immediately after. I discovered a hardcover copy at a used bookstore and treasure it to this day.

In 1939, as Hitler casts his enormous, cruel shadow across the world, the seeds of apartheid take root in South Africa. There, a boy called Peekay is born. His childhood is marked by humiliation and abandonment, yet he vows to survive and conceives heroic dreams–which are nothing compared to what life actually has in store for him. He embarks on an epic journey through a land of tribal superstition and modern prejudice where he will learn the power of words, the power to transform lives, and the power of one.

The Kite Runner by Khaled Hosseini 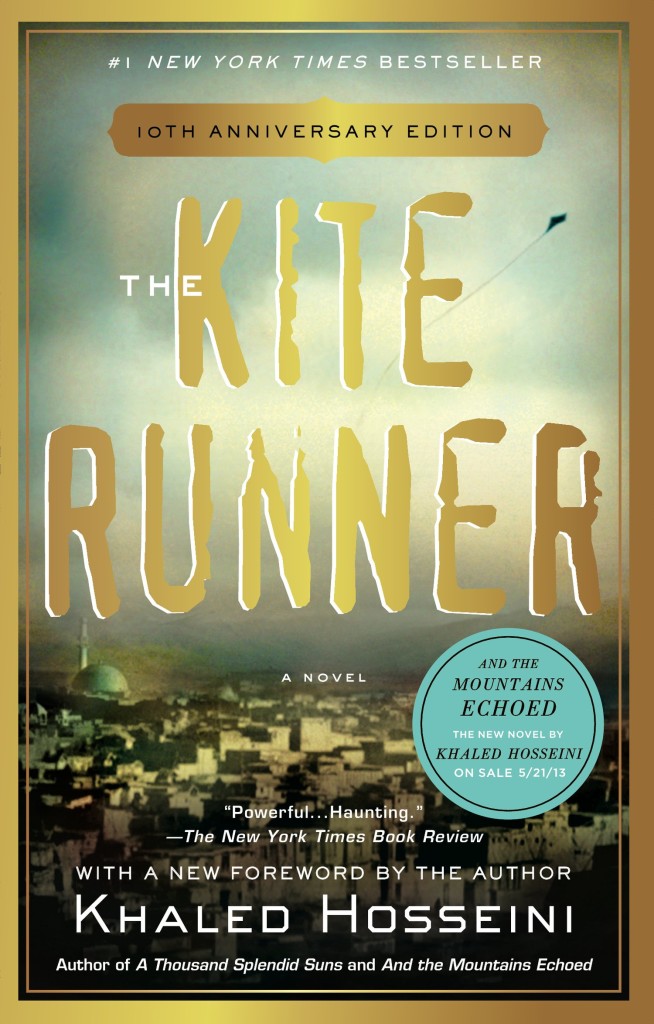 The unforgettable, heartbreaking story of the unlikely friendship between a wealthy boy and the son of his father’s servant, The Kite Runner is a beautifully crafted novel set in a country that is in the process of being destroyed. It is about the power of reading, the price of betrayal, and the possibility of redemption; and an exploration of the power of fathers over sons—their love, their sacrifices, their lies.

A sweeping story of family, love, and friendship told against the devastating backdrop of the history of Afghanistan over the last thirty years, The Kite Runner is an unusual and powerful novel that has become a beloved, one-of-a-kind classic.

I fell in love with this novel when it came out. In fact, if you have not read this amazing story, buy/borrow/don’t steal a copy and start reading it now. Right now. This blog post can wait.

City of Thieves by David Benioff 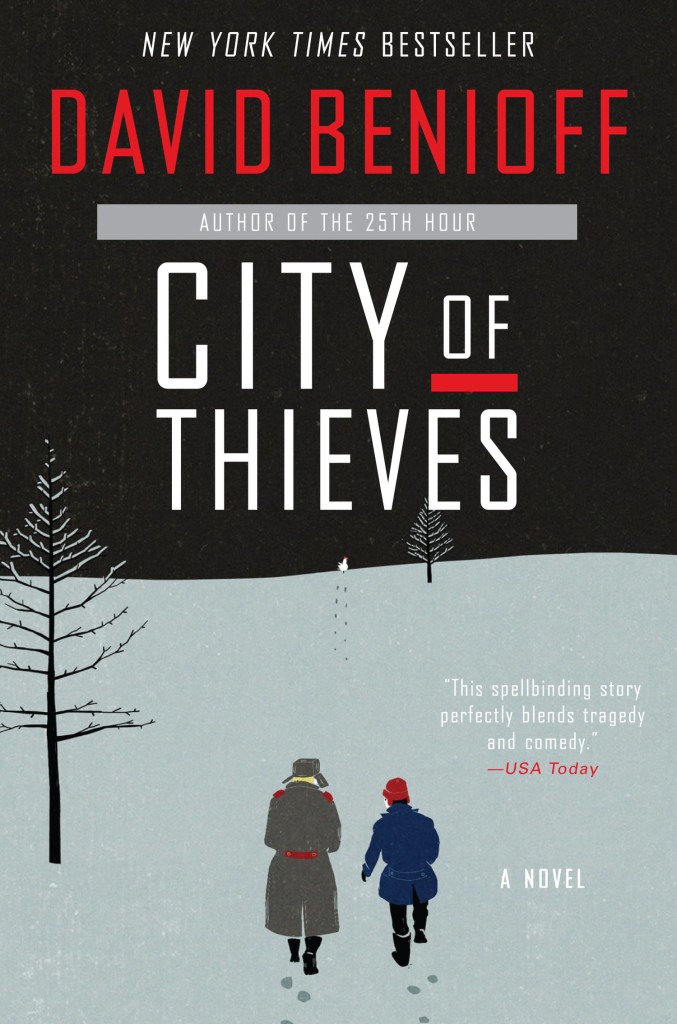 What good can come out of a nerd speed dating event you may ask? Not only a realization that there are people who take their love of Dr. Who to a whole new level but you can leave with some great book recommendations…not to mention some funny stories. Thank you so much to whats-his-name for recommending City of Thieves to me during said event. I

So anyway, the novel:

During the Nazis’ brutal siege of Leningrad, Lev Beniov is arrested for looting and thrown into the same cell as a handsome deserter named Kolya. Instead of being executed, Lev and Kolya are given a shot at saving their own lives by complying with an outrageous directive: secure a dozen eggs for a powerful Soviet colonel to use in his daughter’s wedding cake. In a city cut off from all supplies and suffering unbelievable deprivation, Lev and Kolya embark on a hunt through the dire lawlessness of Leningrad and behind enemy lines to find the impossible.

All the Light We Cannot See by Anthony Doerr 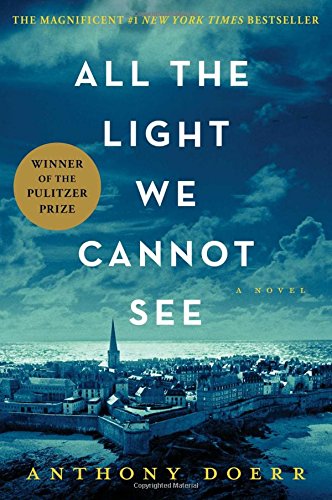 I’m still reading it so I won’t declare a hard core recommendation…yet.

Marie-Laure lives with her father in Paris near the Museum of Natural History, where he works as the master of its thousands of locks. When she is six, Marie-Laure goes blind and her father builds a perfect miniature of their neighborhood so she can memorize it by touch and navigate her way home. When she is twelve, the Nazis occupy Paris and father and daughter flee to the walled citadel of Saint-Malo, where Marie-Laure’s reclusive great-uncle lives in a tall house by the sea. With them they carry what might be the museum’s most valuable and dangerous jewel.

In a mining town in Germany, the orphan Werner grows up with his younger sister, enchanted by a crude radio they find. Werner becomes an expert at building and fixing these crucial new instruments, a talent that wins him a place at a brutal academy for Hitler Youth, then a special assignment to track the resistance. More and more aware of the human cost of his intelligence, Werner travels through the heart of the war and, finally, into Saint-Malo, where his story and Marie-Laure’s converge.

I know I interrupted this blog for you to read Kite Runner, but in all honesty all of these novels are worth the same interruption. If you haven’t read one or some (or any) of them, you now have a recommended reading list. Just remember…do not forget the Kleenex. I also think the whiskey is a close second as far as requirements go. Might as well be safe and have both.

Editor at Lit with a Twist
I'm a writer, reader and dreamer. I'm proud to be the editor and creator of Lit with a Twist. My co-editors, Ella and Fitzgerald, can't be trusted. Probably because they're cats.
Filed under: The Reading Life · Tagged: All the Light We Cannot See, book recommendation, books, city of thieves, concentration camp, Girl Guides, kite runner, podcast, power of one, reading, Reply All, Reply all podcast, stolen childhoods, war, Weihsien, Weihsien concentration camp, world war 2, world war two