Stock Up on the Classics for Under $5 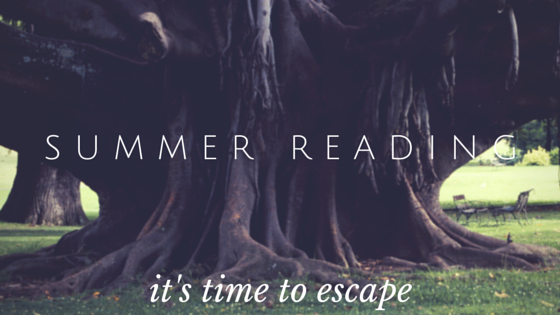 Add some classics to your reading list this week! Why? Because you can get each of them for under $5. You’re welcome.

We are smack dab in the middle of summer beach read season! Yes there are some fantastic new books out there (I’m looking at you One Plus One by Jojo Moyes), but why not add a classic or few to your book-filled beach bag? Just don’t forget the sunscreen!

To help you out, here are some of my top favorites for you to pick from that are all on such super sale that it’d be hard to pass up. Unless, of course, you already own it.

To Kill a Mockingbird is a must-read in and of itself. But with the controversy around the new release, Go Set a Watchman, I feel a re-read is necessary to remind ourselves of the characters that stand as moral touch-stones in our havoc-filled lives.

For those unaware, Harper Lee’s first book, Go Set a Watchman, was recently published. The kicker is that she may have been manipulated into publishing it as her mental health is not really at its peak at the moment. Why is it a kicker? Because when she originally submitted it for publication, a very wise editor told her that she may want to focus her novel on the flashback scenes in the novel. That novel became our beloved To Kill a Mockingbird. For myself, I’m pretending they are two completely unrelated books that happen to have the same names as my childhood classic. Life is too short to have you favorite novels corrupted.

This Mark Twain classic just feels like summer. Imagine reading it while you’re floating in the water on your own make-shift raft. Granted, you wouldn’t be in the same situation as of Huck, but that’s what the imagination is for, right?

It’s summer. Who doesn’t want a great romance?! Fall in love with Mr. Darcy all over again and read (or re-read) this absolute classic swoon of a novel.

This is one of my all-time favorite novels by Oscar Wilde. I’ve also seen it performed twice and didn’t hate the movie nearly as much as everyone else. When you love a story so much, it’s a little easier overlooking some cinematic flaws. (Except in cases like Practical Magic because – you know – they changed the entire story!)

This is a novel about sisters, about family, about love and about magic. My mother gave me this novel when I was young and wrote on the inside cover: “May there always be magic in your life.” It is to this day one of my favorite books, and I pick it up to re-read almost every summer. It’s one of those books that just makes you happy. Isn’t that just a great thing? And okay it’s not technically a classic, but just let me cheat this once….

You can’t go through summer without at least some bit of poetry! And sometimes a novel is just too long. While you’re lazily lounging on your porch, your boat, your deck on the beach or even in a coffee shop, flip through some of these lovely poems.

For some fun history, in 1855, Walt Whitman published — at his own expense — the first edition of Leaves of Grass, what is now known as a visionary volume of twelve poems. Showing the influence of a uniquely American form of mysticism known as Transcendentalism, which eschewed the general society and culture of the time, the writing is distinguished by an explosively innovative free verse style and previously “unmentionable” subject matter. Exalting nature, celebrating the human body, and praising the senses and sexual love, the monumental work was condemned as “immoral.” Whitman continued evolving Leaves of Grass despite the controversy, growing his influential work decades after its first appearance by adding new poems with each new printing.

Editor at Lit with a Twist
I'm a writer, reader and dreamer. I'm proud to be the editor and creator of Lit with a Twist. My co-editors, Ella and Fitzgerald, can't be trusted. Probably because they're cats.
Filed under: The Reading Life · Tagged: book, book deal, book sale, books, classic, classics, reading