Pair Your First Edition with the Sazerac, America’s First Cocktail 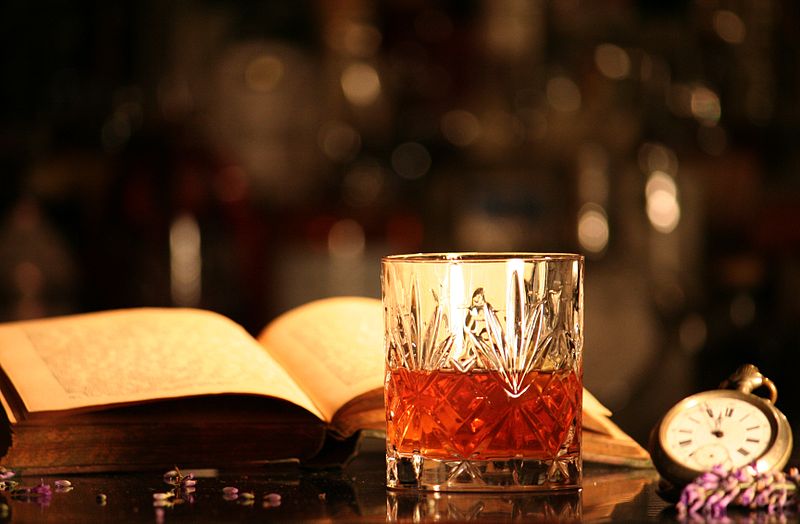 Back in 1838, Antoine Peychaud created what is now known as the sazerac in a French Quarter bar and named it for his favorite French brandy, Sazerac-de-Forge et fils. In 1873, the drink was changed when American Rye whiskey was substituted for cognac, and a dash of absinthe was added by bartender Leon Lamothe, and today he is now regarded as the Father of the Sazerac. In 1912, absinthe was banned, so Peychaud substituted his special bitters in its place.

Granted, there are those who dispute the creation of this first-ever cocktail, but aren’t most origin stories laced with a little bit of skepticism?

The defining feature of the sazerac is its method of preparation, which commonly involves two chilled old-fashioned glasses. The first glass is swirled with a wash of absinthe for its flavor and strong scent. The second glass is used to combine the remaining ingredients, which are stirred with ice, then strained into the first glass. I am not a fan of absinthe personally, but the other ingredients in a sazerac complement its distinct flavor. It’s a delicious drink to sip and enjoy, especially on a summer day. It was invented in New Orleans after all.

How did this pairing come to to be? During a literary gossip session with one of my friends, she told me that she has always wanted to own a first edition of a novel. Granted, vampire novels don’t count. We’re talking Dickens-esque first edition here. We’re talking about William Goldman’s fictional prequel to S. Morgenstern’s The Princess Bride. Another requirement is that she can’t search for the first edition – she wishes to stumble upon it and let destiny choose what this first edition may be. This leaves a whole heck of a lot of things up to chance, but I admire her romanticism.

Fast forward to the weekend, her and I were having brunch and she asked me, “Is it too early to order a sazerac?” My reply, “Oh hell no!” And then I followed up with, “Oh my gosh – you just found your pairing for your first edition!”

Yes, we were complete book nerds during this conversation. And there’s nothing wrong with that. 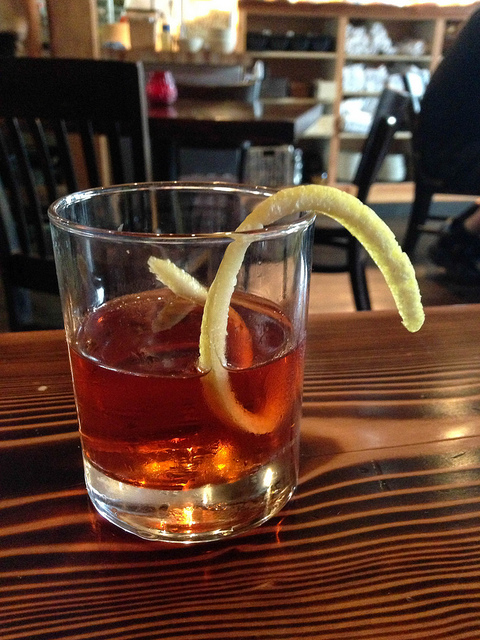 Editor at Lit with a Twist
I'm a writer, reader and dreamer. I'm proud to be the editor and creator of Lit with a Twist. My co-editors, Ella and Fitzgerald, can't be trusted. Probably because they're cats.
Filed under: Pairings, The Drinking Life, The Reading Life · Tagged: cocktail, cocktail recipe, first edition, sazerac