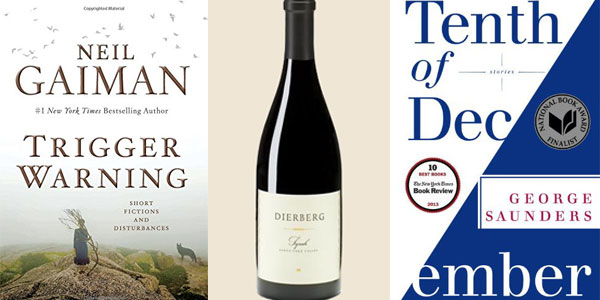 1. The Wilds by Julia Elliot

Teetering between the ridiculous and the sublime, The Wilds blends Southern gothic strangeness with dystopian absurdities, sci-fi speculations, and fairy-tale transformations.

At an obscure South Carolina nursing home, a lost world reemerges as a disabled elderly woman undergoes newfangled brain-restoration procedures and begins to explore her environment with the assistance of strap-on robot legs. At a deluxe medical spa on a nameless Caribbean island, a middle-aged woman hopes to revitalize her fading youth with grotesque rejuvenating therapies that combine cutting-edge medical technologies with holistic approaches and the pseudo-religious dogma of Zen-infused self-help. And in a rinky-dink mill town, an adolescent girl is unexpectedly inspired by the ravings and miraculous levitation of her fundamentalist friend’s weird grandmother. These are only a few of the scenarios readers encounter in Julia Elliott’s debut collection The Wilds. In her genre-bending stories, Elliott blends Southern gothic strangeness with dystopian absurdities, sci-fi speculations with fairy-tale transformations. Teetering between the ridiculous and the sublime, Elliott’s language-driven fiction uses outlandish tropes to capture poignant moments in her humble characters’ lives. Without abandoning the tenets of classic storytelling, Elliott revels in lush lyricism, dark humor, and experimental play. 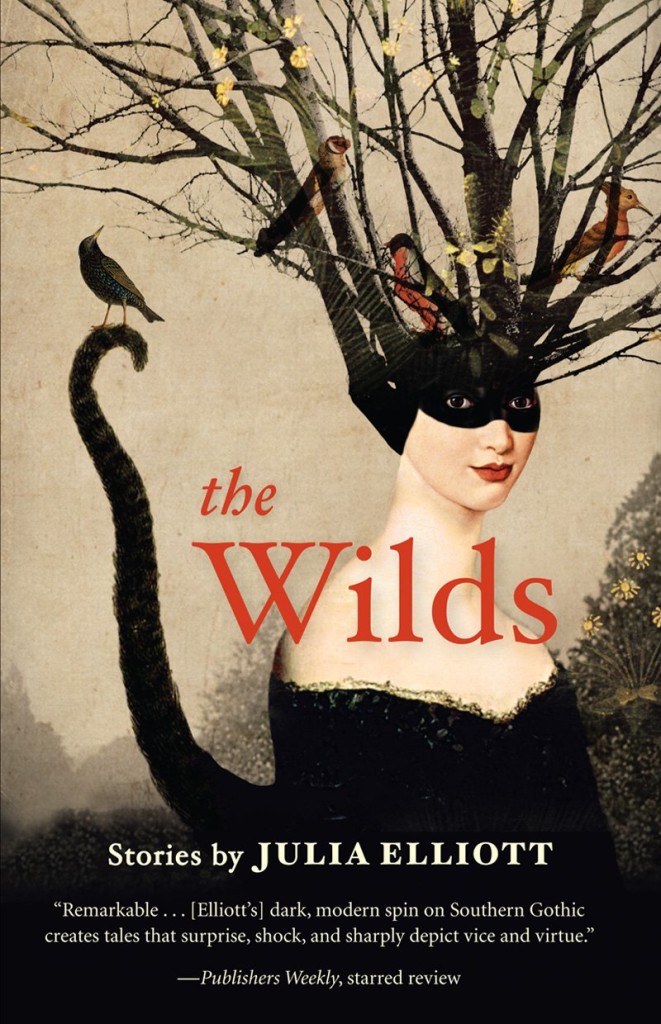 While being immersed into the sticky southern realms, may I suggest sipping on a refreshing Chamomile Gin Cocktail? 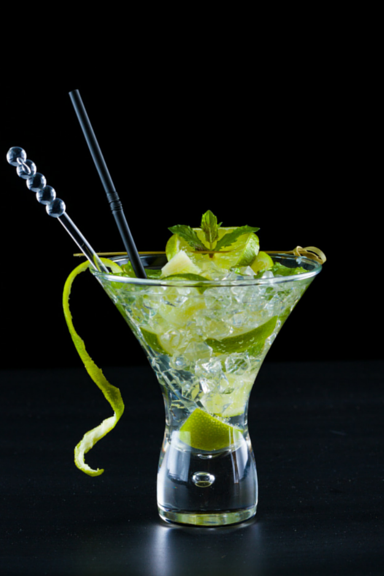 In this new anthology, Neil Gaiman pierces the veil of reality to reveal the enigmatic, shadowy world that lies beneath. Trigger Warning includes previously published pieces of short fiction—stories, verse, and a very special Doctor Who story that was written for the fiftieth anniversary of the beloved series in 2013—as well “Black Dog,” a new tale that revisits the world of American Gods, exclusive to this collection.

Both of these delicious short story collections would pair phenomenally well with a meaty red wine, such as the Spicy California Syrah, Lionstone Selection Dierberg Syrah 2008.

California’s Santa Ynez Valley is gaining international acclaim for its excellent wines — and Jim Dierberg’s award-winning estate is a reason for the reputation. Dierberg head winemaker Nick de Luca is well-known for his quality-obsessed, ‘no recipe’ approach to Syrah, with the 90+ point scores to back it up. Made with 100% estate-grown fruit and given a generous 18 months in fine oak, this expressive 2008 is brimming with opulent dark fruit and peppery spice.

Want a case for your next book club while discussing one (or both) of these collections? Pick it up here and it shall be shipped to your door.

3. Demons in the Spring by Joe Meno

Spanning worlds, generations, cultures and environments, each of Meno’s short stories in this stellar collection explores depression, loneliness and insanity in the world, while never quite offering a clear solution or glimmer of hope. Misery loves company, and Meno’s assortment of off-center, morose characters fit seamlessly together. Each story is illustrated by a different artist, from Schizo series cartoonist Ivan Brunetti to the husband and wife duo kozyndan, known for their depictions of modern cityscapes. Catering to all the odd men out in the world, this short story collection succeeds word to word, sentence to sentence, and cover to cover.

This bone-chilling short story collection requires something to keep you warm and soothed. I suggest Powers whiskey. It’s my favorite no-nonsense whiskey of choice – a perfect accompaniment for Meno’s no-nonsense stories.

In the taut opener, “Victory Lap,” a boy witnesses the attempted abduction of the girl next door and is faced with a harrowing choice: Does he ignore what he sees, or override years of smothering advice from his parents and act? In “Home,” a combat-damaged soldier moves back in with his mother and struggles to reconcile the world he left with the one to which he has returned. And in the title story, a stunning meditation on imagination, memory, and loss, a middle-aged cancer patient walks into the woods to commit suicide, only to encounter a troubled young boy who, over the course of a fateful morning, gives the dying man a final chance to recall who he really is. A hapless, deluded owner of an antiques store; two mothers struggling to do the right thing; a teenage girl whose idealism is challenged by a brutal brush with reality; a man tormented by a series of pharmaceutical experiments that force him to lust, to love, to kill—the unforgettable characters that populate the pages of Tenth of December are vividly and lovingly infused with Saunders’s signature blend of exuberant prose, deep humanity, and stylistic innovation. 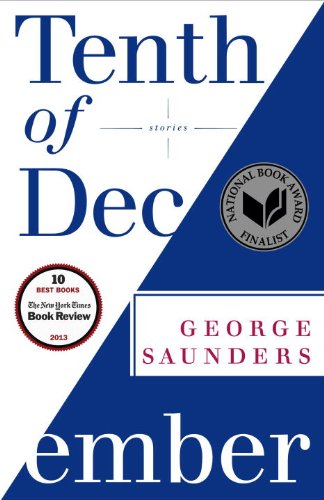 A story collection that is just so utterly unique and powerful demands a pairing that is just…a little out there. I recently attended a wine tasting that served Underwood Wines in a can. Yes, in a can (fun fact – they come from Portland).

And shockingly, they tasted pretty good. This was not an Always Sunny in Philadelphia moment, folks. Granted, after the tasting, I did drink them out of a plastic cup while continuing to wander through a local Lit Fest (shhhhh…), so you should leave your classiness at the door a bit for this. Saunders wouldn’t object. These stories are real, and they don’t mess around. 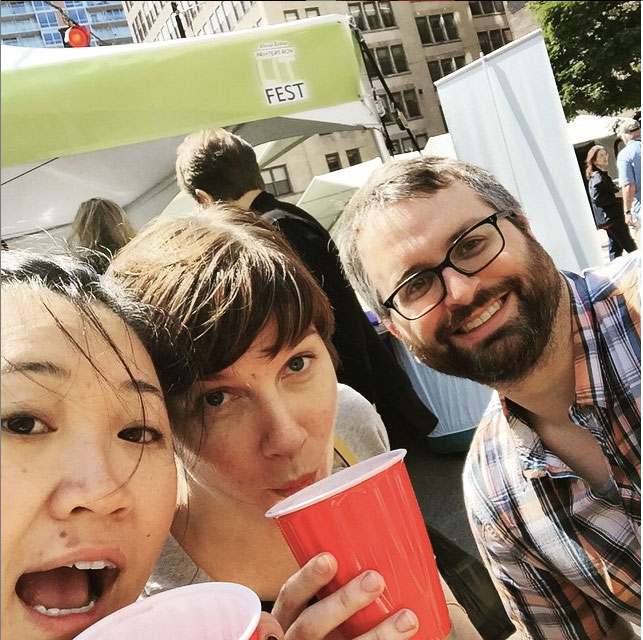 Margaret Atwood turns to short fiction for the first time since her 2006 collection, Moral Disorder, with nine tales of acute psychological insight and turbulent relationships bringing to mind her award-winning 1996 novel, Alias Grace. A recently widowed fantasy writer is guided through a stormy winter evening by the voice of her late husband in “Alphinland,” the first of three loosely linked stories about the romantic geometries of a group of writers and artists. In “The Freeze-Dried Bridegroom,” a man who bids on an auctioned storage space has a surprise. In “Lusus Naturae,” a woman born with a genetic abnormality is mistaken for a vampire. In “Torching the Dusties,” an elderly lady with Charles Bonnet syndrome comes to terms with the little people she keeps seeing, while a newly formed populist group gathers to burn down her retirement residence. And in “Stone Mattress,” a long-ago crime is avenged in the Arctic via a 1.9 billion-year-old stromatolite. In these nine tales, Margaret Atwood is at the top of her darkly humorous and seriously playful game. 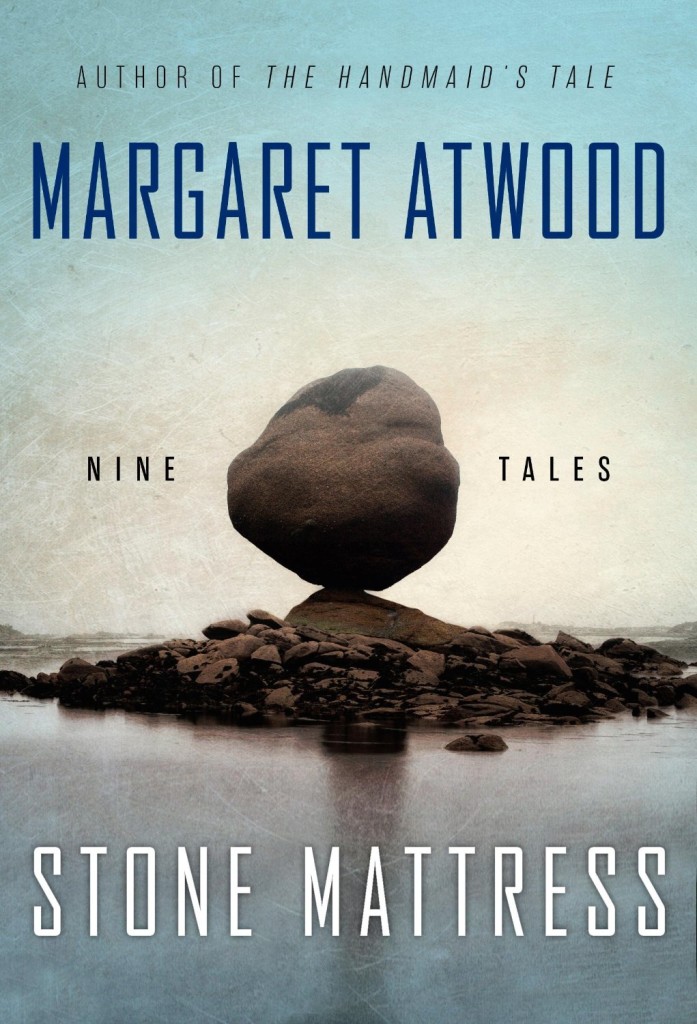 Give me some Sauvignon Blanc with so much mineral in it that I can chew on it! I’m not joking. Some of my absolute favorite Sauvignon Blancs have hints of mineral and earth to them vs. the acidic and fruity tastes that you would expect from the grape. Take the ‘Golden’ Marlborough Sauvignon Field of Stones Sauvignon Blanc 2014 for instance.

Field of Stones is a special cuvée that John crafts from a prized, single-acre vineyard that’s home to the oldest vines and stoniest soils on his estate. It’s considered one of the best vineyards in all of Marlborough, as this particularly stony patch of land along the Wairau River lends a distinct mineral edge to the wine that’s reminiscent of fine Sancerre (the most famous Sauvignon Blanc in France’s Loire Valley).

Last vintage, the judging panel at the International Wine Challenge (which includes 20 Masters of Wine) was certainly impressed. Field of Stones was one of only a handful of New Zealand Sauvignons to win a coveted gold medal, and was praised for its “vibrant lychee nose, texture and complexity.”

Look for tantalizing aromas of freshly cut grass, gooseberry, pineapple and lychee – deliciously crisp yet brimful of zesty tropical fruits. Then comes that attractive mineral streak that takes this to the next level. This is serious Marlborough Sauvignon and a highly recommended aperitif.

Stone Mattress deserves only the best pairing we can offer. And Field of Stones is a top contender. They’ve unleashed the 2014…so needless to say, grab this while you can!

What are some of your favorite short story collections? I know this list is merely scratching at the surface of some of the amazing collections out there. Share your picks in the comments! And if you have a pairing idea, throw that in as well.

And don’t forget to watch the video! (*hint, hint)

Editor at Lit with a Twist
I'm a writer, reader and dreamer. I'm proud to be the editor and creator of Lit with a Twist. My co-editors, Ella and Fitzgerald, can't be trusted. Probably because they're cats.
Filed under: Pairings, The Drinking Life, The Reading Life · Tagged: short stories, short story