Measuring up a Manhattan 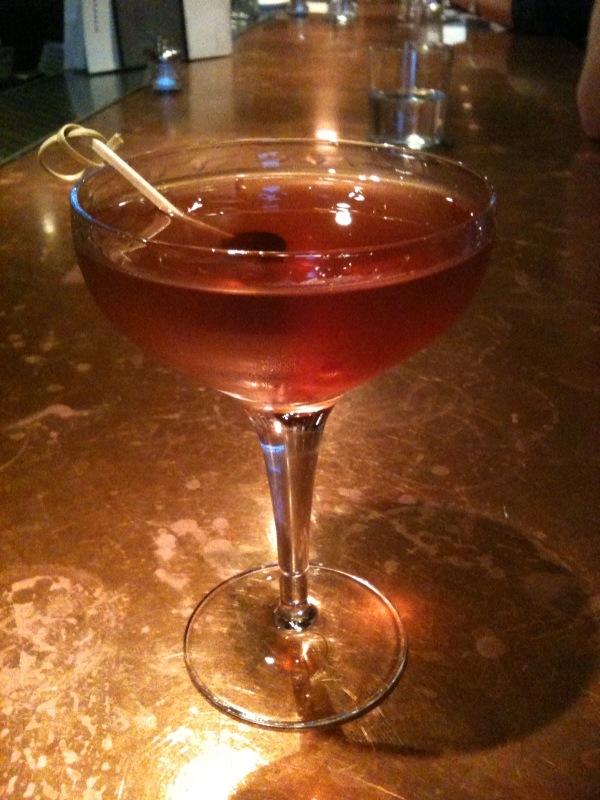 We’re shaking things up over here at Lit with a Twist! (Well…stirring things up really.) Our latest video focuses on the chemistry of the Manhattan.

Directions: Stir over ice (do not shake, pretty please!) and pour into a chilled martini glass.

Yes, most people use a jigger to determine the ounce-age. But where’s the conversation starter in that?! Mixologists need a new gimmick, and mason jars are so last season.

Enter…the graduated cylinder. Yes, my high school chemistry teacher would be so proud of me right now. Who needs avogadro’s number? We have alcohol. So, graduated cylinders work with milliliters vs. ounces. So we’re doing some conversion here.  One ounce equates to 29.5735 milliliters…soooo we’re going to round up to 30. 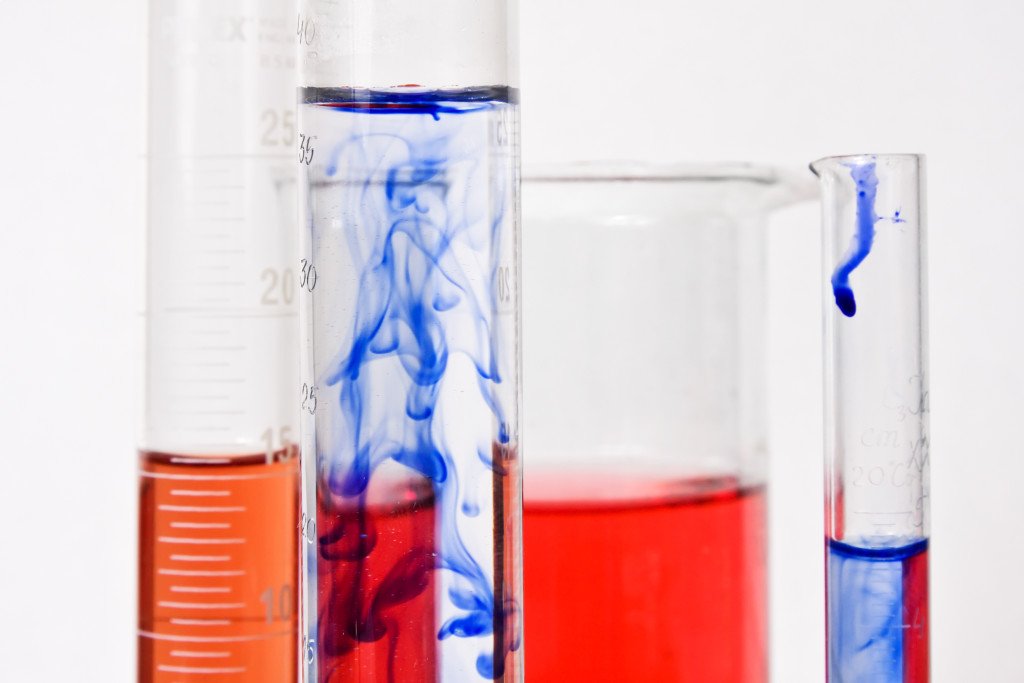 That recipes comes to:

Follow the same directions, and enjoy your delicious Manhattan during your book club. This would also be a delicious conversation starter when discussing your science-themed book during book club.

Chemistry Books (That are Cool):

The Disappearing Spoon: And Other True Tales of Madness, Love, and the History of the World from the Periodic Table of the Elements

by Sam Kean
From New York Times bestselling author Sam Kean comes incredible stories of science, history, finance, mythology, the arts, medicine, and more, as told by the Periodic Table. Why did Gandhi hate iodine (I, 53)? How did radium (Ra, 88) nearly ruin Marie Curie’s reputation? And why is gallium (Ga, 31) the go-to element for laboratory pranksters?*

The Periodic Table is a crowning scientific achievement, but it’s also a treasure trove of adventure, betrayal, and obsession. These fascinating tales follow every element on the table as they play out their parts in human history, and in the lives of the (frequently) mad scientists who discovered them.

by Penny Le Couteur
Though many factors have been proposed to explain the failure of Napoleon’s 1812 Russian campaign, it has also been linked to something as small as a button-a tin button, the kind that fastened everything from the greatcoats of Napoleon’s officers to the trousers of his foot soldiers. When temperatures drop below 56°F, tin crumbles into powder. Were the soldiers of the Grande Armée acutee fatally weakened by cold because the buttons of their uniforms fell apart? How different our world might be if tin did not disintegrate at low temperatures and the French had continued their eastward expansion!

This fascinating book tells the stories of seventeen molecules that, like the tin of those buttons, greatly influenced the course of history. These molecules provided the impetus for early exploration and made possible the ensuing voyages of discovery. They resulted in grand feats of engineering and spurred advances in medicine; lie behind changes in gender roles, in law, and in the environment; and have determined what we today eat, drink, and wear.

The Poisoner’s Handbook: Murder and the Birth of Forensic Medicine in Jazz Age New York

>by Deborah Blum
Deborah Blum, writing with the high style and skill for suspense that is characteristic of the very best mystery fiction, shares the untold story of how poison rocked Jazz Age New York City. In The Poisoner’s Handbook Blum draws from highly original research to track the fascinating, perilous days when a pair of forensic scientists began their trailblazing chemical detective work, fighting to end an era when untraceable poisons offered an easy path to the perfect crime.

The 13th Element: The Sordid Tale of Murder, Fire, and Phosphorus

Discovered by alchemists, prescribed by apothecaries, exploited by ninth-century industrialists, and abused by twentieth-century combatants, the chemical element phosphorus has fascinated us for more than three centuries. It may even be the cause of will-o’-the wisps and spontaneous human combustion! Now John Emsley has written an enthralling account of this eerily luminescent element. Shining with wonderful nuggets-from murders-by-phosphorus to a match factory strike; from the firebombing of Hamburg to the deadly compounds derived from phosphorus today-The 13th Element weaves together a rich tableau of brilliant and oddball characters, social upheavals, and bizarre events.

by Mark Kurlansky
In his fifth work of nonfiction, Mark Kurlansky turns his attention to a common household item with a long and intriguing history: salt. The only rock we eat, salt has shaped civilization from the very beginning, and its story is a glittering, often surprising part of the history of humankind. A substance so valuable it served as currency, salt has influenced the establishment of trade routes and cities, provoked and financed wars, secured empires, and inspired revolutions.  Populated by colorful characters and filled with an unending series of fascinating details, Salt by Mark Kurlansky is a supremely entertaining, multi-layered masterpiece.

Editor at Lit with a Twist
I'm a writer, reader and dreamer. I'm proud to be the editor and creator of Lit with a Twist. My co-editors, Ella and Fitzgerald, can't be trusted. Probably because they're cats.
Filed under: Pairings, The Drinking Life, The Reading Life · Tagged: chemistry, graduated cylinder, manhattan, manhattan cocktail