The Phantom of the Opera Paired with a Martini…Straight Up 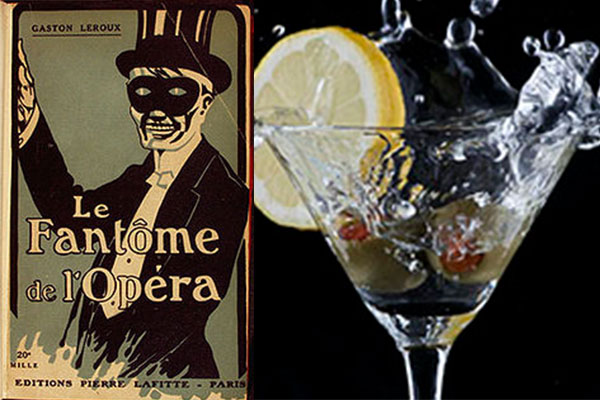 The Phantom of the Opera, by Gaston Leroux (originally published in Paris (1909)), this our latest feature. We pair this spine-chilling classic horror novel with an ice cold martini.


“The Opera Ghost really existed. He was not, as was long believed, a creature of the imagination of the artists, the superstition of the managers, or the absurd impressionable brains of the young ladies of the ballet, their mothers, the box-keeper, the cloak-room attendants, or the concierge. No, he existed in flesh and blood, though he assumed all the outward characteristics of a real phantom, that is to say, of a shade.” – The Phantom of the Opera

The Phantom of the Opera – which many of us associate with the famous 1986 Broadway musical and its many film adaptations, particularly the 2004 version

(yes, I totally own it). But all those stories were actually inspired by a serialisation in Le Gaulois (written by Gaston Leroux) from 1909 to 1910, and published in volume form in April 1910 by Pierre Lafitte. The novel is partly inspired by historical events at the Paris Opera during the nineteenth century and an apocryphal tale concerning the use of a former ballet pupil’s skeleton in Carl Maria von Weber’s 1841 production of Der Freischütz.

follows the story of the rising star of the Paris Opera House, Christine Daaé and the mysterious Opera Ghost (named Erik) who haunts the Opera House leaving murder and intrigue in his wake. And of course, he is in love with Christine. And she’s in love with her childhood sweetheart, Raoul, the Vicomte de Chagny. Watch my full video review and pairing below.

I bought this book right after seeing the musical for the first time when I was in middle school. And it is awesome! It is indeed a classic horror novel with all of the other great additions of a fun read: Murder, kidnapping, suspense, love and hidden catacombs underneath the Paris Opera House. And you totally sort of want the bad guy to win! Seriously, what’s not to love?

And yes, the book is still better than all the movies. But that doesn’t mean you can’t enjoy both. Think of the book as the extended version with behind the scenes reveals that will take The Phantom of the Opera that you know and love to the next level. 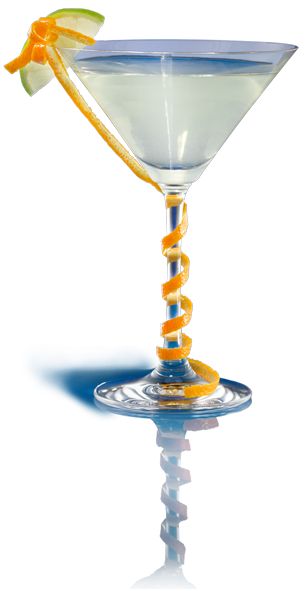 This is a book that does not require a complicated cocktail. And as a horror novel, it needs a spine-chilling companion. Therefore the cocktail I have decided to pair with The Phantom of the Opera, is none other than a classic martini.

This cocktail does not require a recipe. Simply pour a splash of vermouth, in your martini glass. Stir and promptly dump. Yes, I said dump. Then fill up your glass with ice cold gin or vodka (depending on your preferred poison) that you have stored in your freezer, and pour it into the glass.

If you want to be fancy, add a twist of lemon. No olives for this one. That’s too fancy for this phantom.

Editor at Lit with a Twist
I'm a writer, reader and dreamer. I'm proud to be the editor and creator of Lit with a Twist. My co-editors, Ella and Fitzgerald, can't be trusted. Probably because they're cats.
Filed under: Pairings · Tagged: books, drinking, martini, opera, paris, phantom of the opera, reading